Panda Bear Wanders Through Lisbon in ‘Come to Your Senses’

“Rua da Rosa is the narrow but main street cut through the Bairro Alto neighborhood here in Lisbon. Visitors mainly stock the area during the day but it’s perhaps the principle target for partying Lisbon teenagers Thursday through Sunday nights. The constant shifts make it a particularly fascinating neighbourhood to me. It’s noisy except for Sunday mornings. I’d had an idea for a while to shoot the street for a bit to catch the traffic. When my friend Sam was here shooting a short thing we made for the recent album he was game to give the idea a go.”

One of the most wonderful viewpoints of Lisbon – Miradouro de São Pedro de Alcântara – will receive from now on, every Friday at 5pm, the sounds of Mary B., with the essence of her radio show Ultraleve, which was broadcasted on Portugal’s biggest and most respected electronic music radio station, Oxigénio.

Let’s meet this Friday, 1st May and surrender to Mary B’s sophisticated and deeply intimate atmosphere…

The Volvo Ocean Race, the largest regatta around the world and one of the world’s top three nautical events, arrives in Lisbon between 25 May and 7 June, turning Pedrouços’ dock in one of the hottest spots of the city.

Lisbon, the capital of Portugal is one of the world’s great cities, and the heart of what was perhaps the first great maritime empire in the fifteenth and sixteenth century. The city is tucked into a stretch of south-facing Atlantic coast at the mouth of the Tagus River. These days the empire has gone, but Lisbon is still a major economic centre with a population of about half a million in the actual city, and an urban hinterland of over three million people. 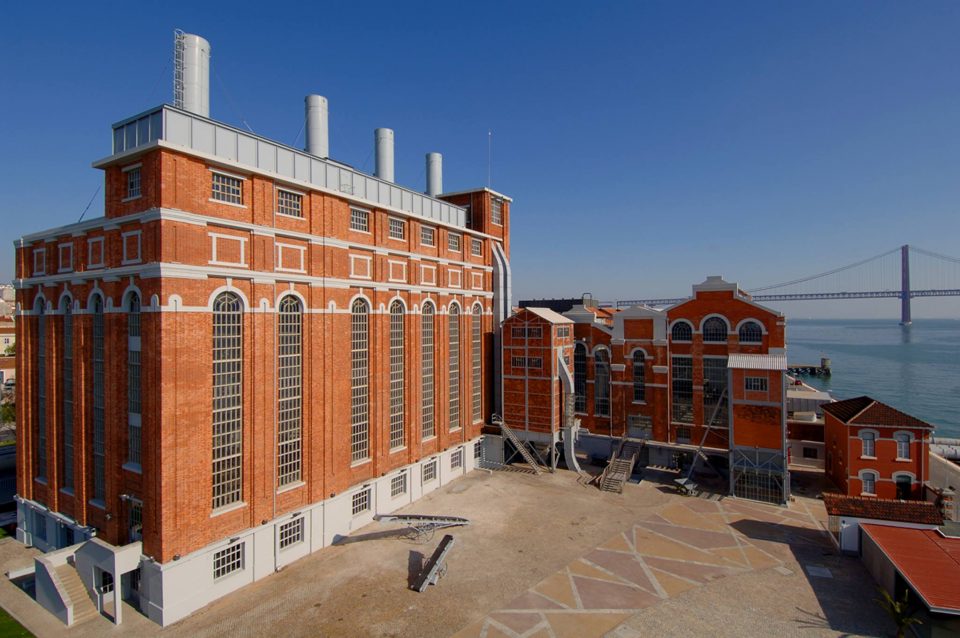 With around 100 local exhibitions produced every year, the World Press Photo exhibition tour of prize-winning photographs is the most popular traveling photo event in the world.

Sebastião Salgado is a Brazilian social documentary photographer and photojournalist, considered by many as one of the great photographers of our times. His work is revered amongst the public and critics alike and his current Genesis exhibition is sensational. Using black and white photography Salgado has created a collection of awe-inspiring images showing us nature, animals and indigenous people from unimaginably remote places. He gives us a rare glimpse into the hidden treasures of our world.

Genesis is the accumulation of over eight years work and exploration during which Salgado made 32 trips to some of the most extreme and far-flung corners of the planet. This exhibition brings together over 200 works of wildlife, landscapes, seascapes and indigenous people. It also aims to raise public awareness about the pressing issues of environment and climate change. It is a reminder of the breathtaking beauty that still exists on our planet.

Genesis is now in Lisbon, a great opportunity to check it now. 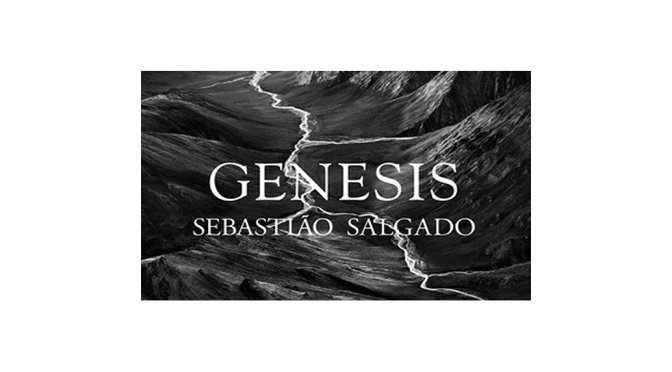 Annina. A little portrait in Lisbon

Annina. A little Portrait in Lisbon from Apple Parsley on Vimeo.

New York, London, Paris, Milan? Move over funky fashion capitals of the world, Lisbon is the place to be. The city’s cutting-edge fashion and design haunts are luring visitors who are after more than a souvenir magnet of a custard tart and a vintage tram. 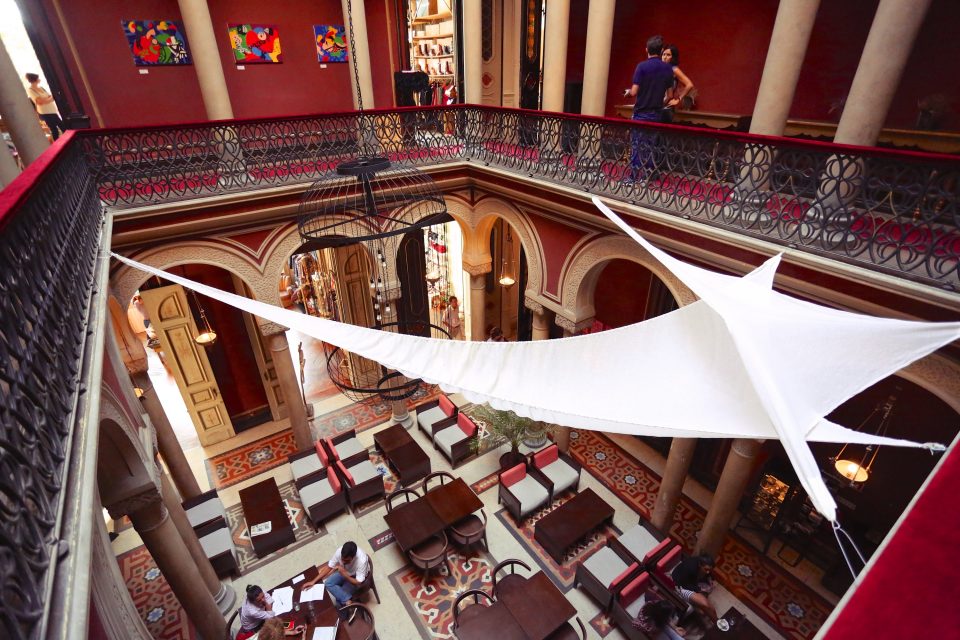 While Lisbon has been known for its music (fado) and arts scene (think local artist Joana Vasconcelos, who has exhibited her quirky sculptures at the likes of France’s Versailles), it’s the city’s fashion scene that’s hitting more than local catwalks. Each year, as new designers enter the market, international fashion buyers come knocking on doors, while overseas visitors leave with suitcases stuffed with local purchases.

Present up-and-coming designers include White Tent, Vitor, Ricardo Andrez and Marques Almeida. Why the upsurge in interest and creativity? Eduarda Abbondanza, Director of ModaLisboa (Lisbon Fashion Week) says, “Lisbon has the freshness and creative energy of a Mediterranean European capital, mixed with a very easy going and culturally solid ambiance. Nice weather, low prices (compared to other European capitals) and a friendly and safe environment attracts a lot of positive creativity.” To experience a contemporary take on the city you don’t have to venture further than a tight two kilometre radius. The pretty, tree-lined or cobblestoned streets of Principe Real, Chiado, Bairro Alto and Baixa (literally, ‘downtown’) are home to fashion shops, contemporary galleries and design ateliers.

«Fans of Nils Frahm, Peter Broderick, and Dustin O’Halloran must immediately take note, because you will surely fall in love. Add to the piano tonalities some electronic and string elements ala Ólafur Arnalds, the atmospheric shuffling beats by Brambles, the moody noir-fi shadows of Deaf Center and the soundtrack arrangements by Clint Mansell, and you have a culmination of Vora, worthy of an undisputed critical acclaim.»

“Like a coastal dream impossible to differentiate summer for winter, Vora feels like cold winds slowly warming up. Made in the time Raúl moved from Portland, OR back to his native Spain, settling on the east coast, you can hear the influence of the endlessly forcing waves and empty off-season tourist cities left for the remaining few to discover in peace.”

Promoted by Nariz Entupido. We thank you!

Free and open air :: classical music and ballet to enjoy in Lisbon

Between June 27 and July 27, there are 18 shows to see in the Largo de São Carlos, with protagonists as the Lisbon Metropolitan Orchestra, National Ballet Company, Macao Chinese Orchestra and the Chorus of the Teatro Nacional de São Carlos, celebrating this year, 70 years old.

The first moment of the Festival ao Largo (27 and 28 June, 21h30) belongs to the chorus of the theater, in the year that celebrates 70 years of activity. The singer Fiorenza Cossotto will be there.

On 1 July, the theater opens the doors to its Great Hall, to the Metropolitan Orchestra of Lisbon, in the only concert that will not be outdoors and is scheduled for 18h00.

On July 14, France will be celebrated with the show “French Swing Café”. Two days later, the Macao Chinese Orchestra will show the public traditional Chinese instruments and Chinese choreographies.

The closure belongs to the National Ballet Company. After last year have led “Swan Lake”, the Company is preparing to submit, on the nights of 25, 26 and July 27, “Orpheus and Eurydice”. Over three hundred years of the birth of Christoph Willibald Gluck, the CNB commissioned Olga Roriz this ballet, based on the music of the German composer.

For sure, not to miss.

The video, from director and editor Tom Scholefield and visual collaborator knox-am-pax, follows the Nottingham producer along his skateboard-fueled trip around the perpetually lovely Lisbon. Lone’s light and airy naturalistic house vibe offers a perfect soundscape to the amazing Portugal scenery, which can be watched above.